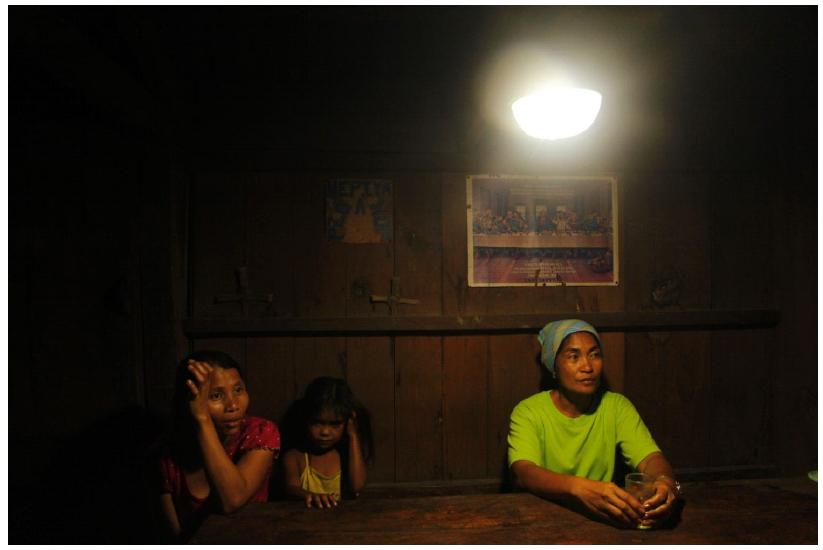 The Mother of Perpetual Help,  Redemptorist Davao Mission Community, under the supervision of Bro. Carlito M. Gaspar CSsR, solicited the help of Tanging Yaman Foundation in providing Solar Lamps to Sarangani Manobo Lumads and a few B'laan living in five sitios in two barangays of Davao Occidental. The solar lamps would aid the Manobo-B'laan in pusuing their application for a Certificate of Ancestral Domain Title (CADT); which could somehow hopefully hinder the exploitation and alienation that they have reportedly been encountering in their lands. There being no electricity in their barangays and working the fields to plant in the day time being imperative for survival; their only time to come together and meet as one community is after dark after they would have seen to their families food and living needs. 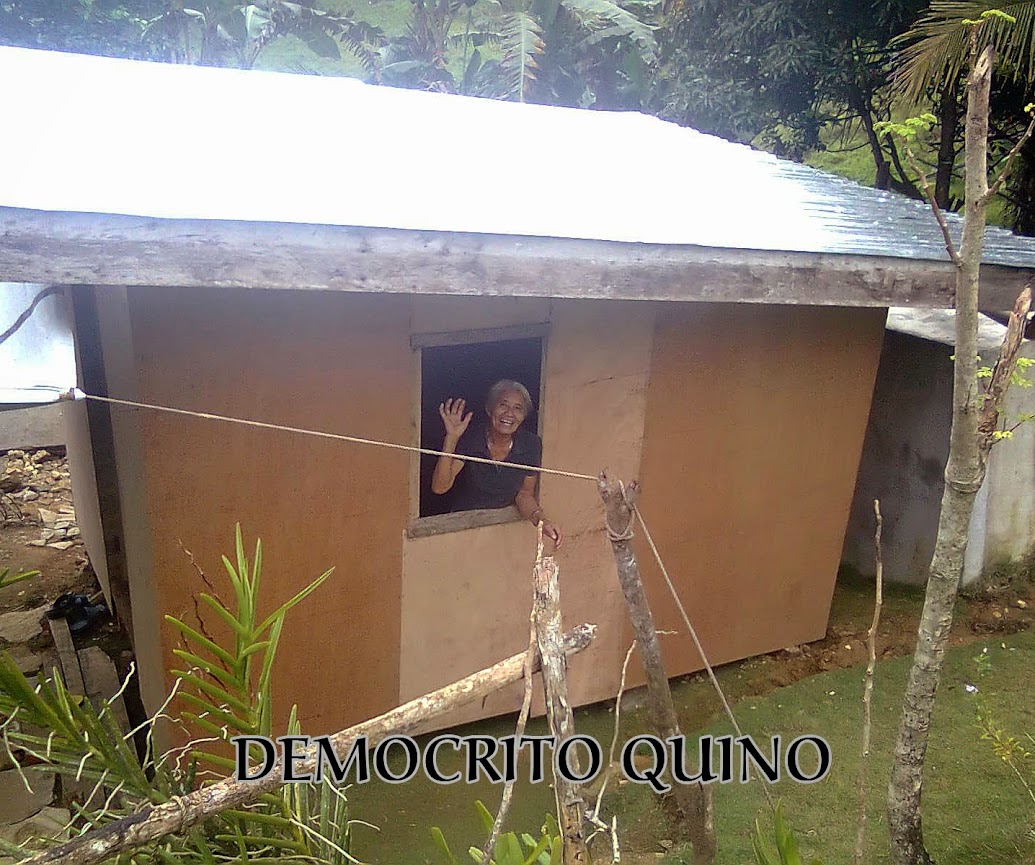 Housing.  Rebuilding the homes of the millions of dispossessed is a pressing need.  Thus, among our many projects, TYF will reconstruct 100 houses each in Bantayan Island, Guiuan and Ormoc. We are two-thirds through building 100 houses in Bohol, which was devastated by the 7.2 magnitude earthquake last October 15, 2013. 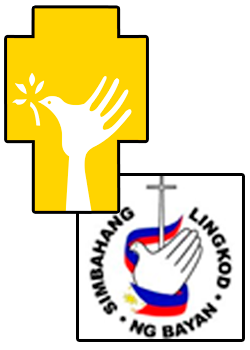 On November 4, 2013 the Tanging Yaman Foundation and the Simbahang Lingkod ng Bayan joined forces to create TASK FORCE BANGON PILIPINAS. This was in response to the pressing needs of the Visayas region devastated by super typhoon Yolanda.

From donations both in cash and in kind, family relief packs totaling 6,000 were distributed to the municipality of Isabel and the city of Ormoc, both in Leyte, to Culion and Coron in Palawan, and Calbayog in Samar between November 11-19. Each family pack contains rice, food products, water, clothing, hygienic kit, laundry soap, and a water pail. Five hundred family packs, extra clothing, and a busload of water were also sent to Villamor Air Base where people who left Leyte are taking refuge. 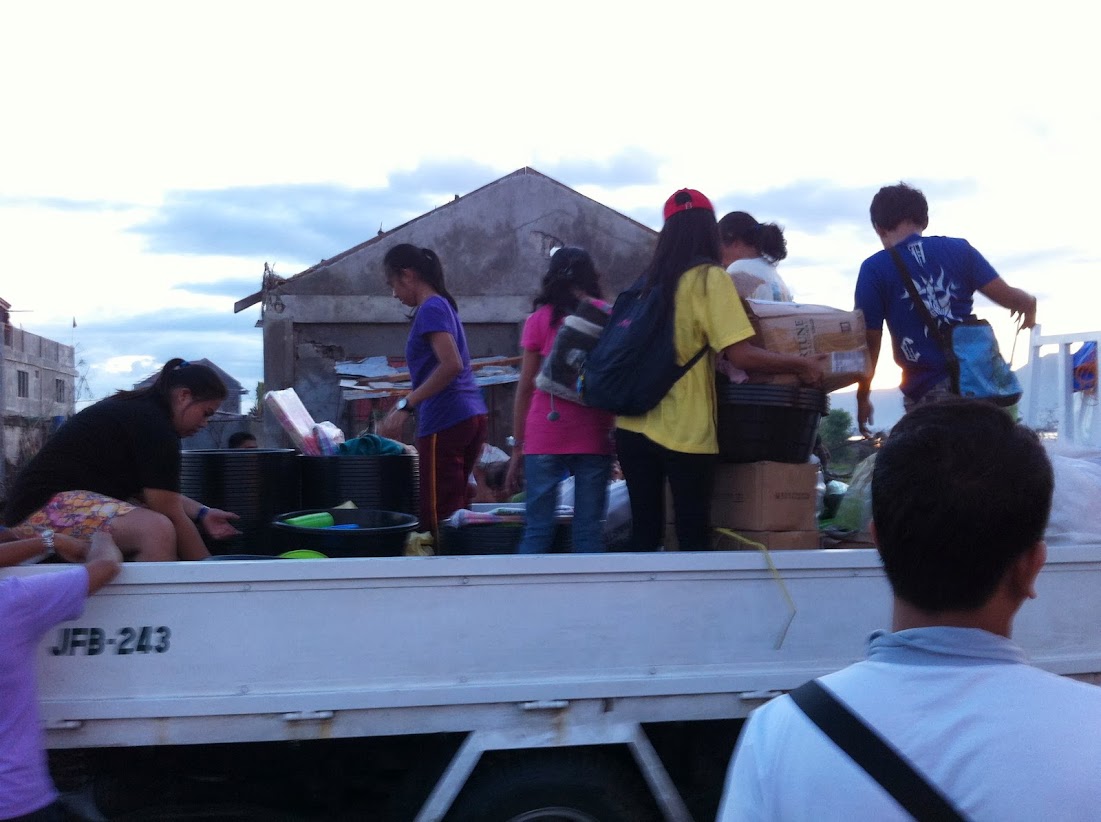 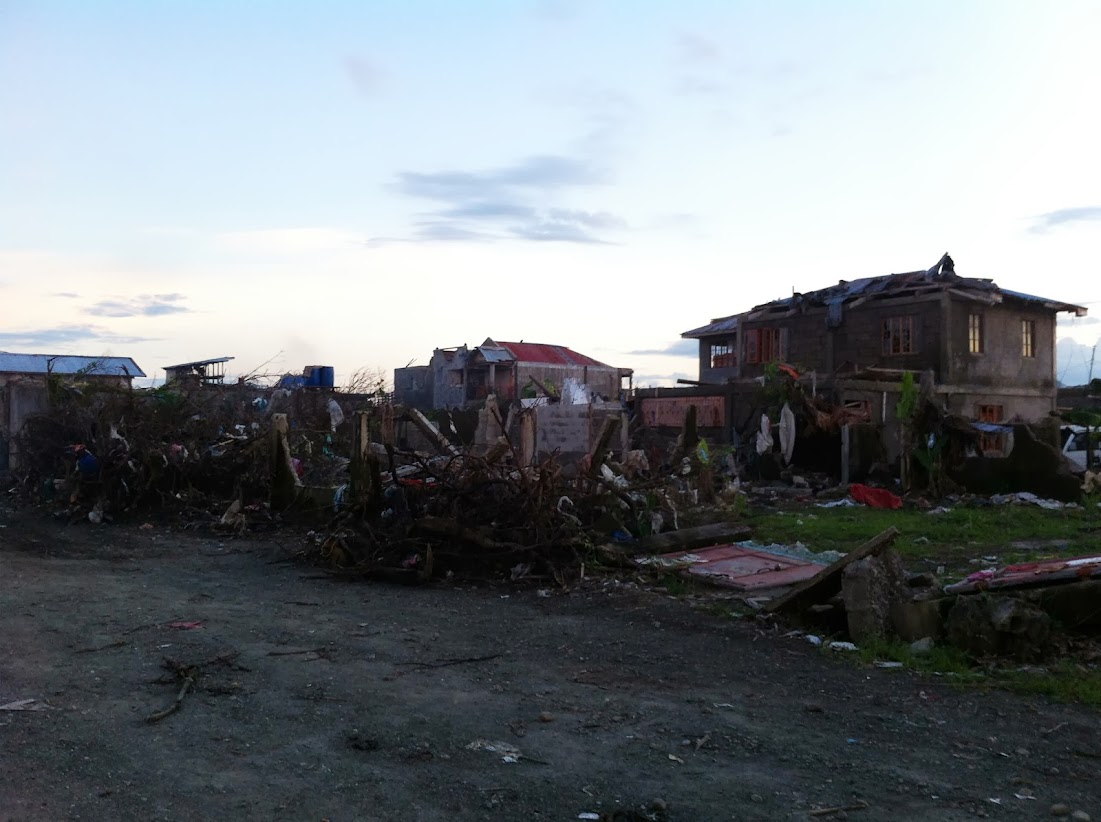 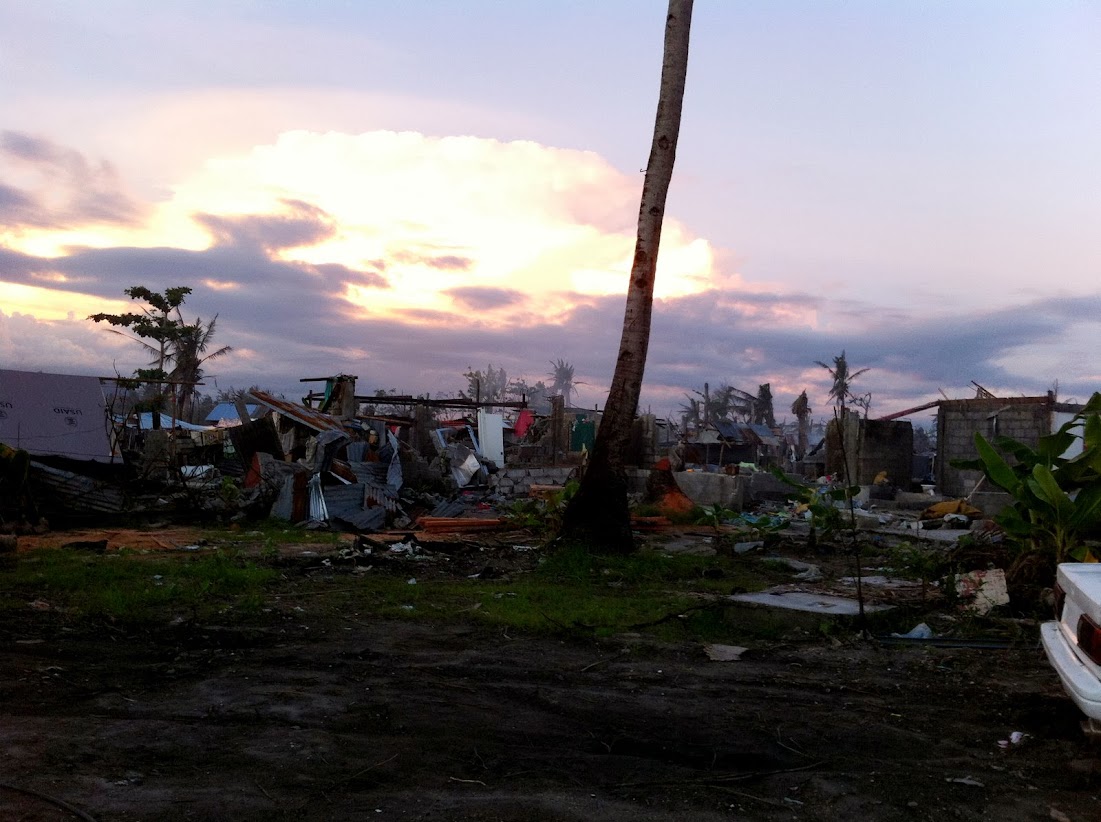 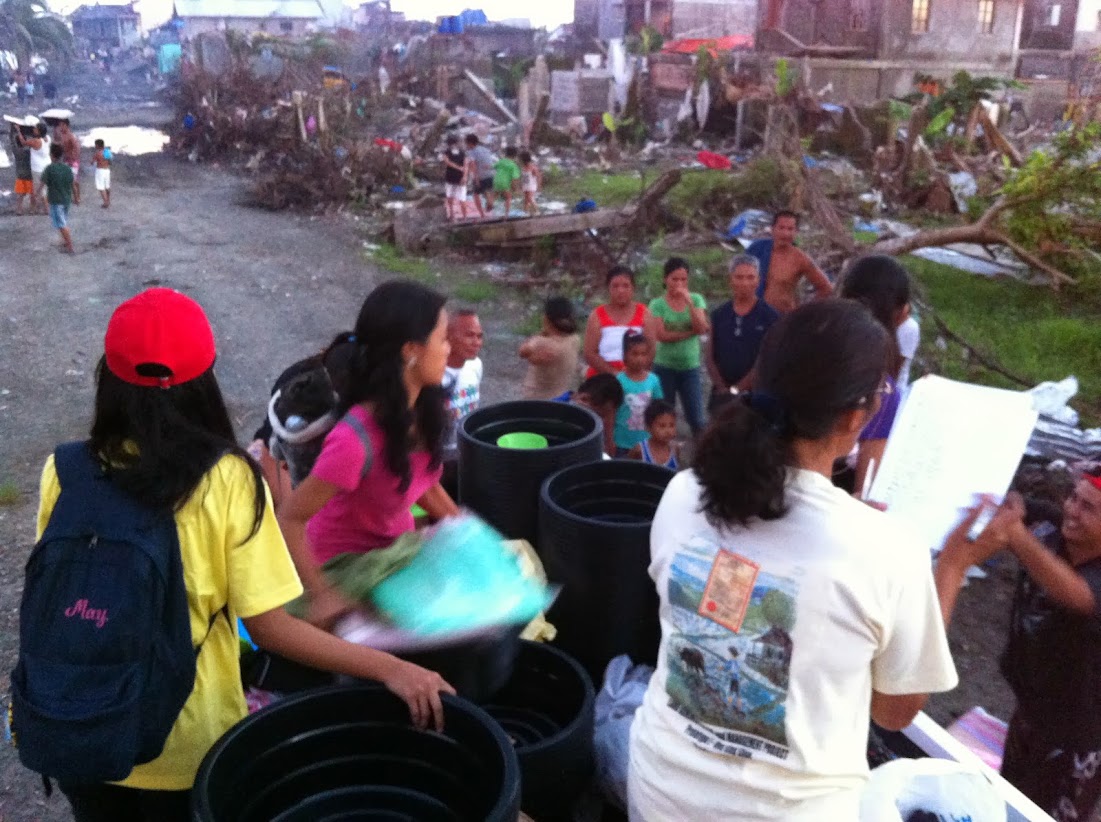 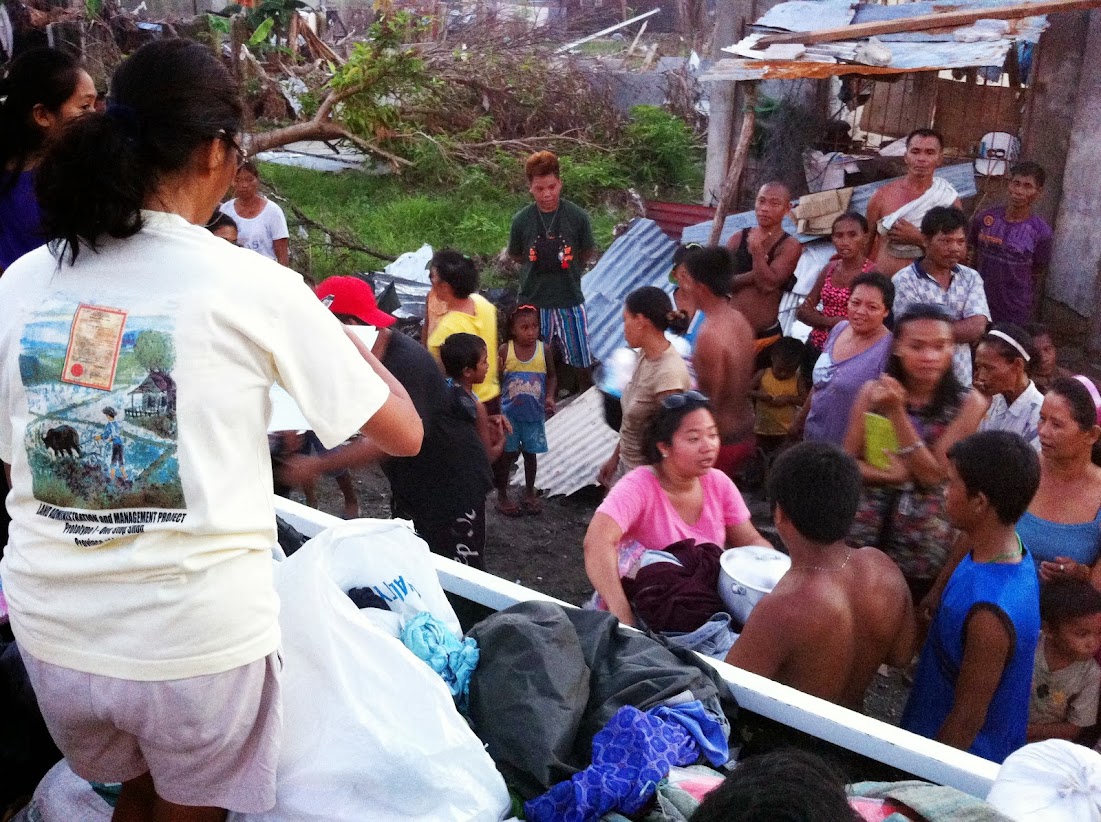 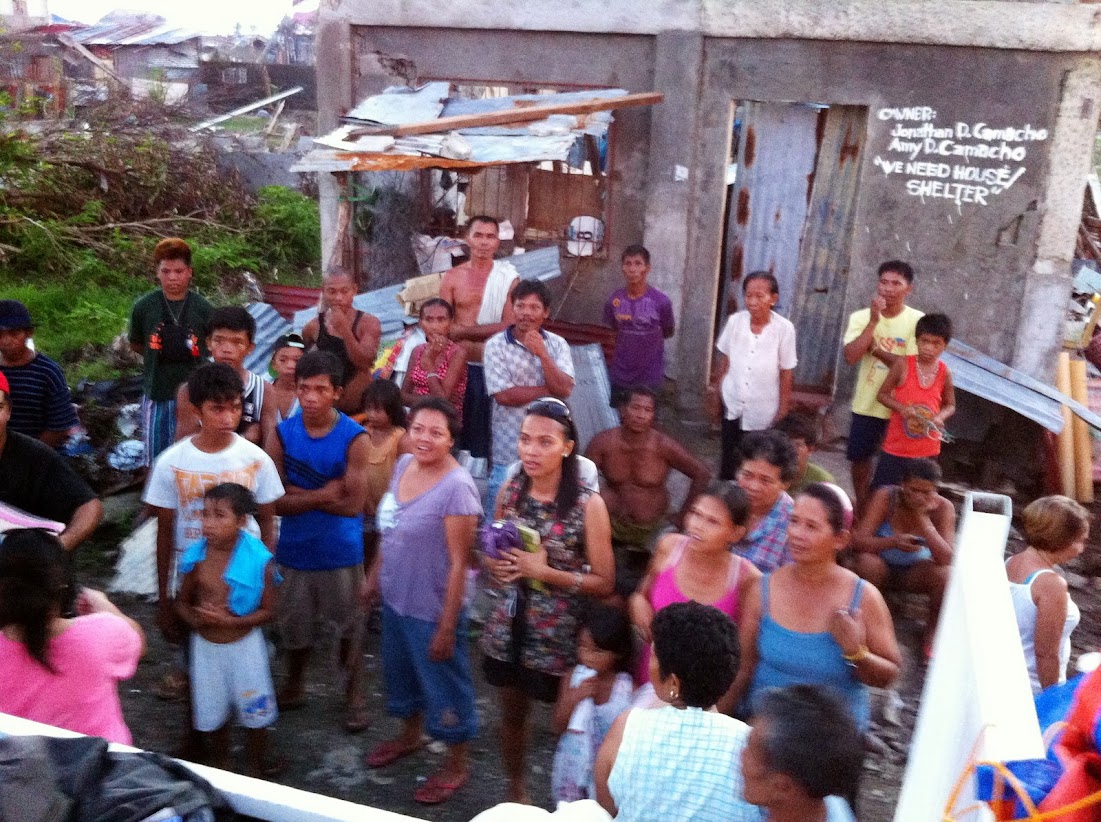 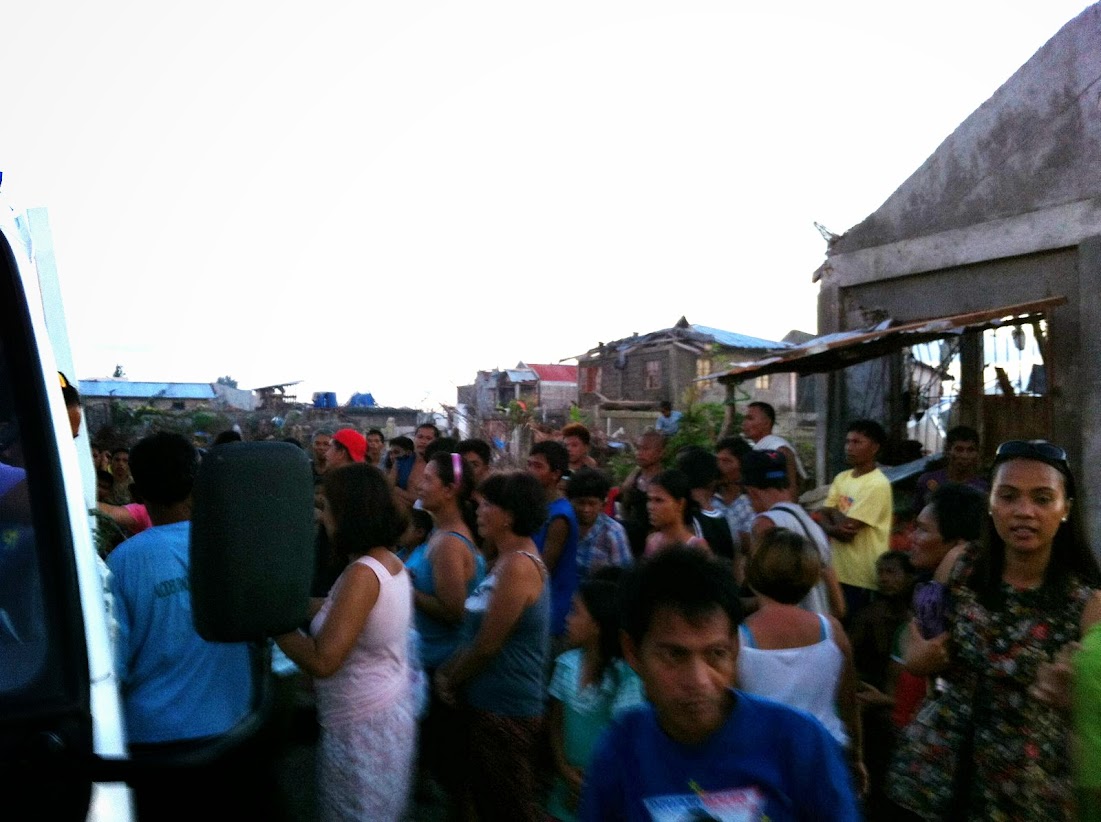 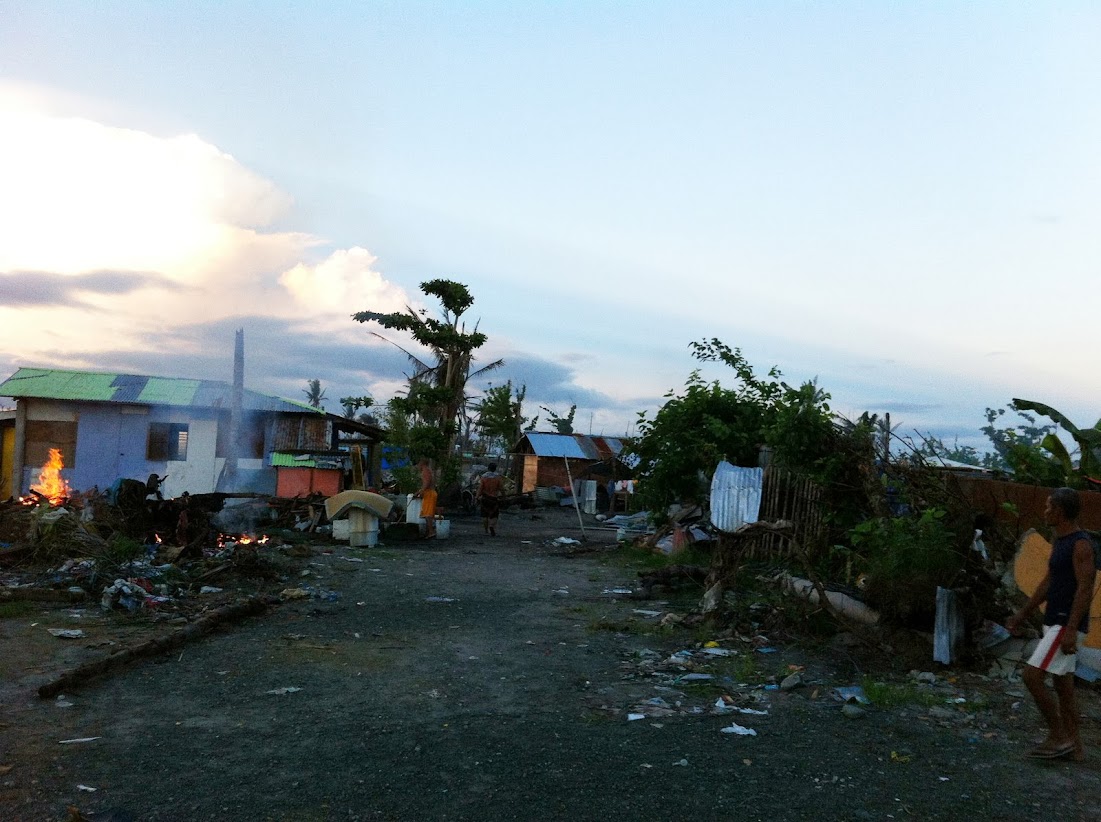 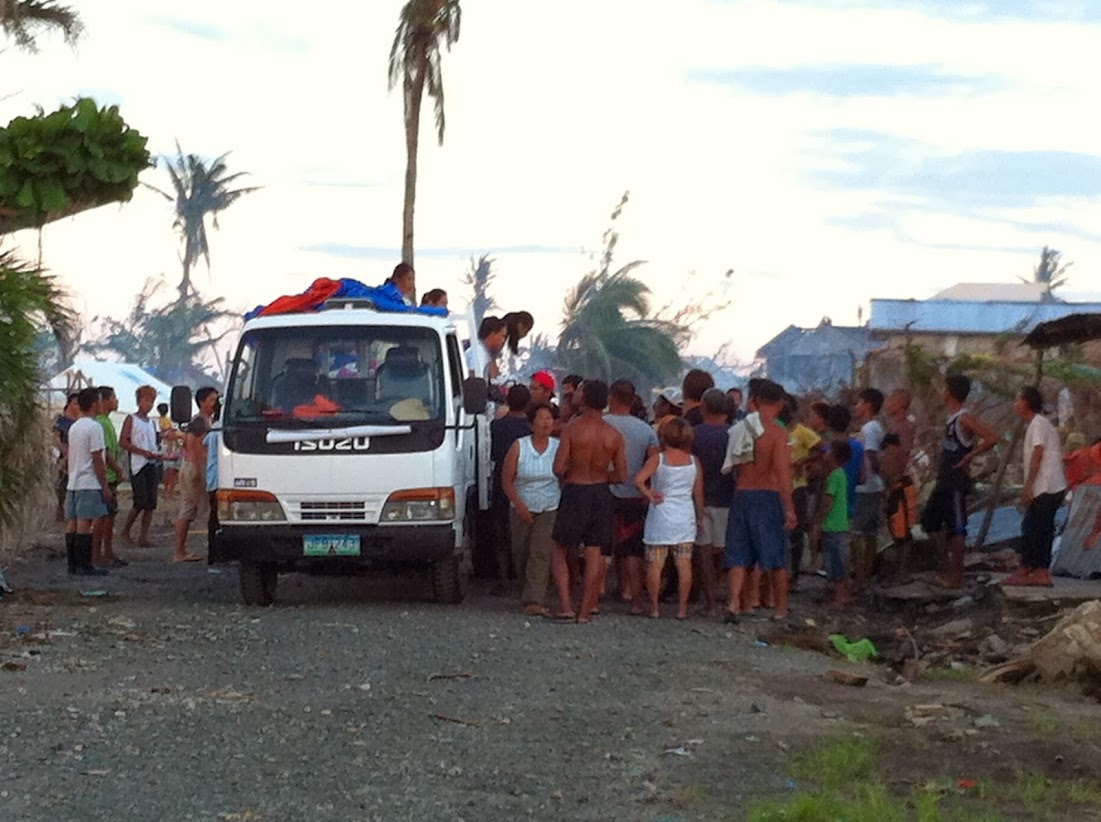 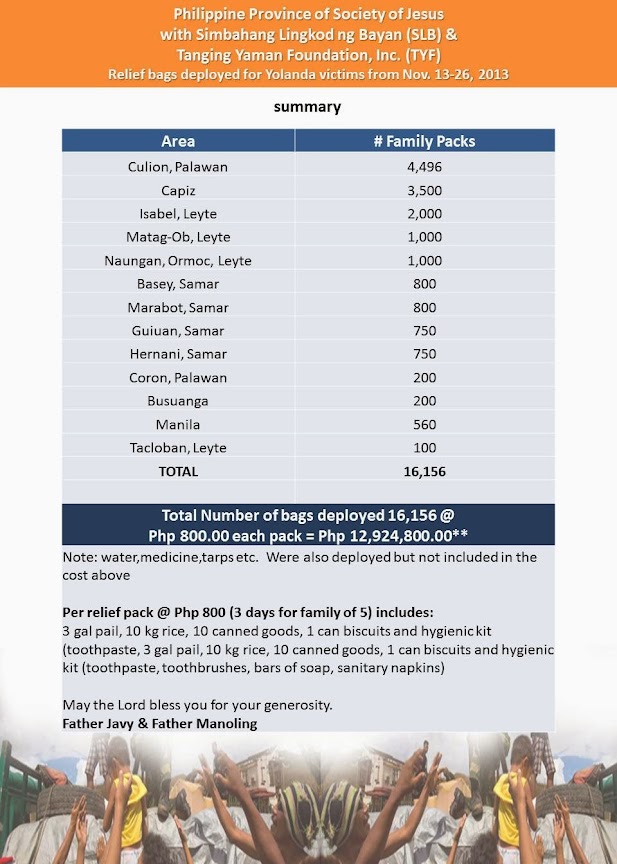