Written by Administrator
Tanging Yaman believes in two things: first, the transforming power of the biblical “widow’s mite,” and second, the grace of God who blesses our every effort at helping our brothers and sisters in need.
A mite is the Roman coin of least value during Jesus’s time. In the parable found in Luke 21:1-4, we find Jesus praising the widow’s act of putting in her two mites in the temple’s treasury, saying that the widow has in fact given more to the temple than anyone who donated there before her.
Tanging Yaman believes this is true also in our efforts at helping one another. What we can contribute may not be much in the ordinary sense, but when this act is coupled with the belief that God loves and blesses our acts, however materially small they may be, and transforms it to be able to effect significant change in the lives of the least of our fellowmen and women. 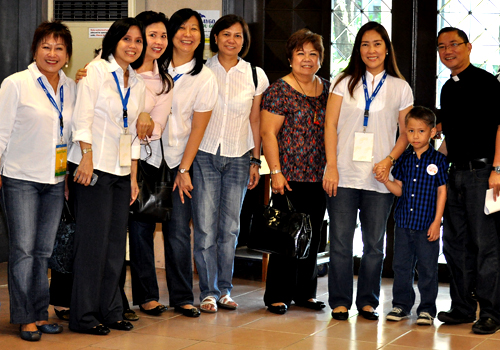 Tanging Yaman’s belief is rooted in its experience of raising funds for the typhoon victims in Quezon and Albay provinces in 2004. Small contributions worth 5 or 10 dollars from different communities in the United States as a response to Fr. Manoling’s plea for Filipinos abroad to help their kababayans have generated enough amounts to help in the relief and rehabilitation of the peoples in the said areas.
Tanging Yaman belief is also supported by its experience up to now, when the beneficiaries of Tanging Yaman have grown to include scholarships to college and formation studies, children’s basic needs, and environment and livelihood; this expansion made possible by every generous donor who cared to give their 2-mites’-worth of love and compassion to our fellow Filipinos.