At the height of Super Typhoon Odette, a tree crashed into the roof of a school building in St. Michael’s Academy of Hinobaan, Negros Occidental. In several other spots, roofing sheets were blown off. Classrooms and the library in two buildings were exposed to heavy rains, which resulted in a short circuit of electrical systems. The fire broke out in a classroom; fortunately, it was quickly put out, but the school administration had to take immediate action to prevent further disaster. They installed new electrical wirings, repaired the roof framing, and installed a new roof. 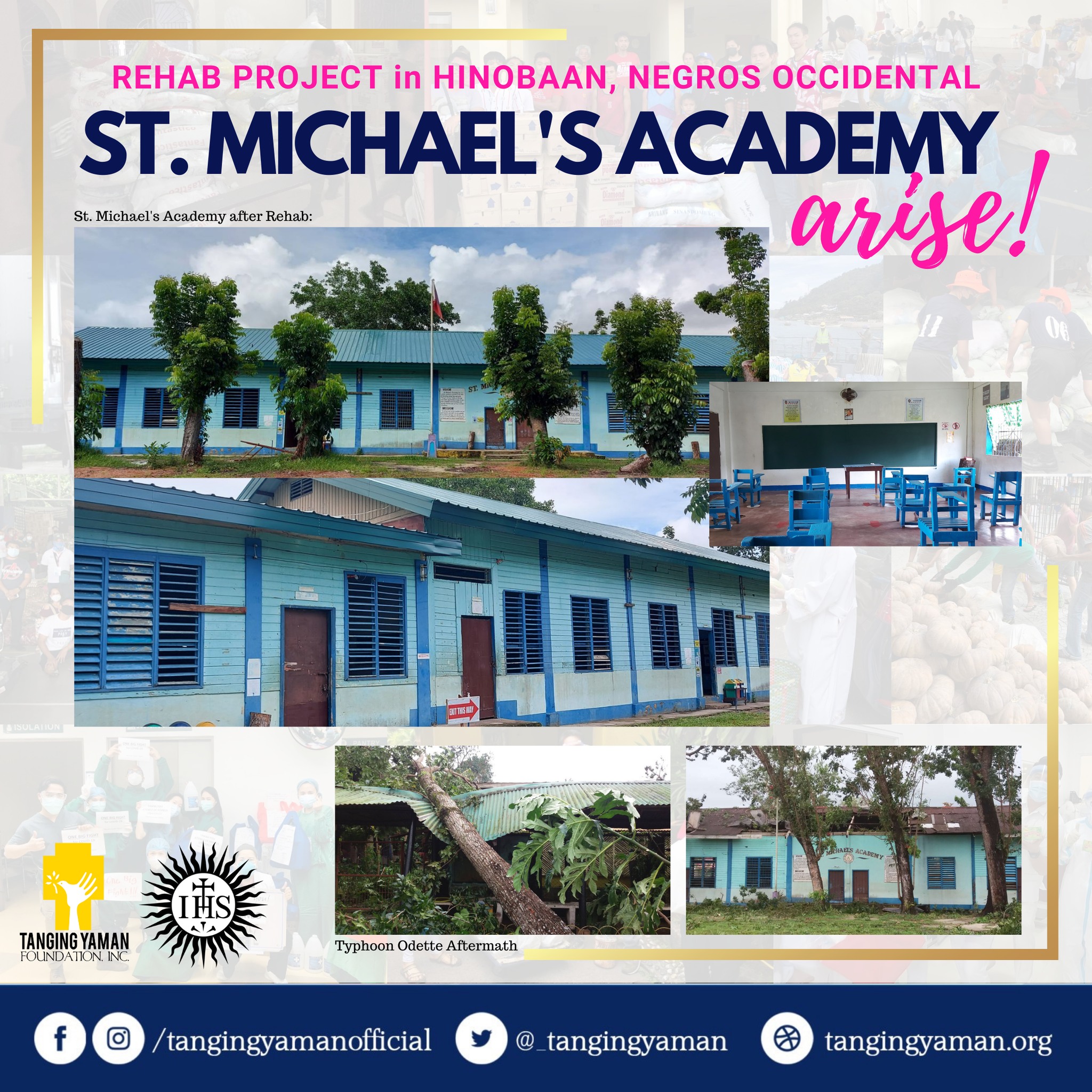