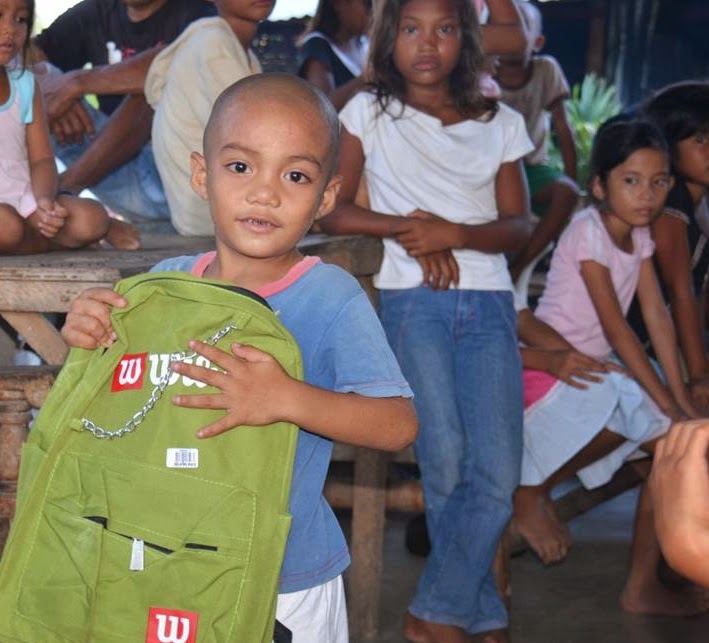 The “Bag to School” program for children of Bantayan Island who survived Typhoon Yolanda, was almost just an afterthought.

It came amidst the hustling and bustling & the many twist and turns of frustrated efforts to bring shelter relief and rehabilitation to damaged houses and forlorn families on Typhoon-Yolanda-ravaged Bantayan Island.

Midst the struggles that required an unscheduled personal visit from TYF and the many stop and go efforts to finally jump start the housing rehabilitation – there came a call from beleaguered Parish Priest Father Roy Bucag. “School is opening in a week” he implored. “the children need school supplies and schoolbags”. He did not need to say another word.

That single cry to help 1,211 schoolchildren with school supplies seemed to strike at the core of every thwarted effort and stymied drive 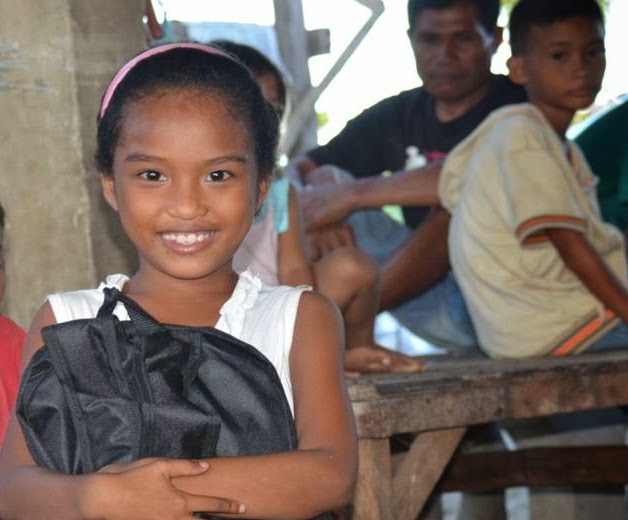 heretofore attempted in housing rehab. It was as if the fates had declared that we had struck it right and promptly marshaled all resources towards providing its success.

A price canvass was ordered from suppliers in Manila and Cebu. Cebu, care of some very good and caring friends of TYF won out. The same friends, relentless in this drive despite the time constraints, arranged for prompt shipping and delivery, packaging and distribution to the children. Throughout, TYF and staff were on their toes scrounging for ample funds. Funds earmarked for other TYF programs were temporarily realigned. A website appeal was urgently posted. Meanwhile, payments to winning suppliers in Cebu were made and deliveries went through. All this to the tune of PhP 364,000 in total costs. Roughly PhP 400 per backpack with complete school supplies that would hopefully bring smiles to these children’s faces.

It was a race of little less than a week played out in Manila, Cebu & Bantayan Island. Midst the turmoil of organizing for damaged housing rehabilitation, this seemed a mere afterthought. It met with resounding success. 1,211 schoolchildren from all 10 barangays including 2 islets of Bantayan Island - all received their school-supply-stuffed-backpacks. These pictures tell the thousand words. 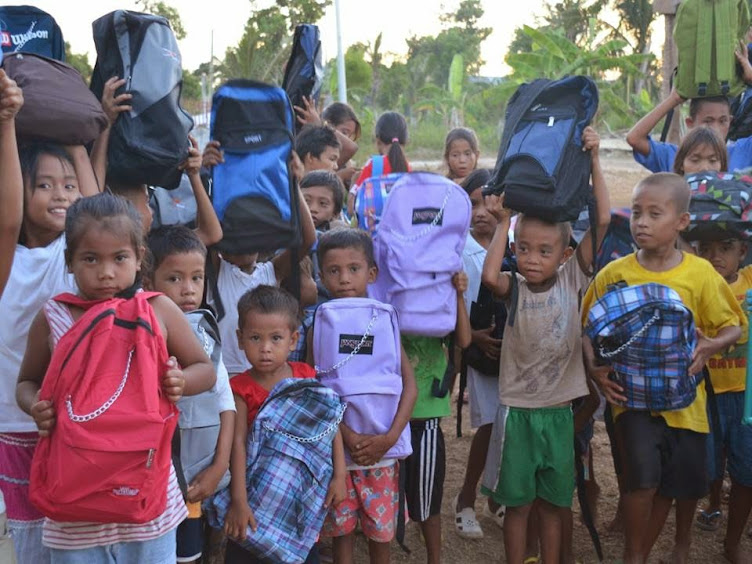