Peace to our nation. Jesus instructs his disciples "Into whatever house you enter, first say, 'Peace to this household.' As we herald our newly-elected and newly-appointed government officials, we pray, "Peace to our nation." And yet as a people, we have conflicting notions of the nature and prerequisites of genuine peace. "It's similar to the Pope's decision not to stay at the Apostolic Palace, the official residence of the Pope, and instead live with the other clergy in the Domus Sta. Martha building," said Francisco whose musical play "Pamana" about the Aquino legacy will be presented on August 21, the death anniversary of Aquino's husband and martyred Senator Benigno Jr.

He recalled a time when the ailing president refused to have a Mass said in her home "because she did not want to bother other people."

The current President Benigno Aquino III joined his sisters Ballsy Aquino-Cruz, Pinky Aquino-Abellada and Viel Aquino-Dee and their families in remembering the legacy of their mother, whose death in 2009 elicited an outpouring of public sympathy that eventually prompted then Sen. Aquino III to run for president in 2010.

Kris Aquino, the youngest daughter of the former president, is reportedly in Israel.

The president, who wore a black shirt with his trademark yellow ribbon, stood during the entire Mass, giving way to the elderly in canes.

Defense Secretary Voltaire Gazmin, who was the Philippine Army chief and head of the Presidential Security Group during Cory's administration, also turned up at the Mass, so with Communications Office Secretary Herminio Coloma, Pangasinan Rep. Gina de Venecia and members of the first Aquino Cabinet—Carlos Dominguez (agriculture) and Jose Gonzales (tourism).

Coloma told the Philippine Daily Inquirer that the homily highlighted the personal qualities of the late leader. "She was not preoccupied with power and authority but more with concern for her fellow Filipinos," he said.

"One of the greatest things we have learned from Corazon C. Aquino is the work that it takes to maintain and improve a working democracy. So as we celebrate the life she lived, we remain cognizant of the challenges that persist," said presidential spokesperson Edwin Lacierda, reading the Malacañang statement at a briefing in the Palace.

"We thank Cory Aquino once more, while at the same time realizing that the truest expression of gratitude would be the continuation of her work—creating in this country a democracy that is better, stronger and even more inclusive," he said.

"We remember the life of Mrs. Aquino. After her husband, former Senator Ninoy Aquino, was assassinated on Aug. 21, 1983, the mantle of fighting for democracy fell upon her shoulders, and she responded. In the years that followed, she became the face of the Filipino people's struggle for freedom—a struggle that culminated with the 1986 Edsa Revolution," said Lacierda.

He said Aquino spent her six-year term "reclaiming our national dignity, rehabilitating our country's image in the international community and reestablishing institutions to better safeguard our democracy."

"Even after her term ended, she continued her public service through her political activism and through her support for nonprofit organizations," said Lacierda.

In her speech after the Mass, the former president's daughter Pinky thanked Fr. Francisco as she recalled that every time a Mass was said on Aug. 21, her mother would always say: "If I am no longer here, please don't do this."

Pinky said it was the idea of Margie Juico, chair of the Philippine Charity Sweepstakes Office, and members of the Yellow Ribbon Movement to hold the private event.

"You can't stop the people from gathering here to remember a great woman," said Juico. "It's our way of showing her our gratitude." Eversince he silently gazed upon the crowd, looking almost bewildered, and asked for their blessing, the world has been enthalled by Pope Francis.

Today, July 28, 2013, is only his 131st day as supreme pastor of the Roman Catholic Church, and yet so much has already been written about his person and style—perhaps because his impact on the Church, wearied and disillusioned, has already been so profound. 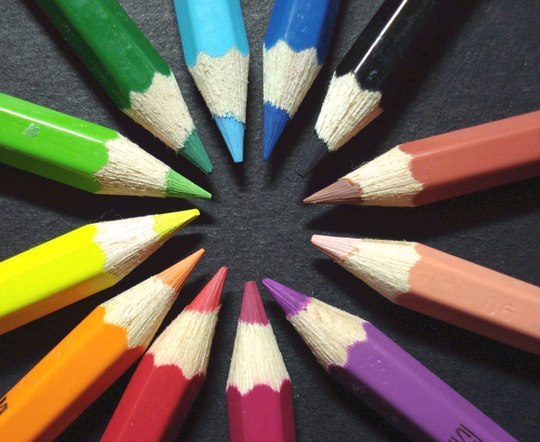 There is an important lesson here for all of us, which Paul VI succinctly articulates: “In concrete situations one must recognize a legitimate variety of possible options. The Christian Faith can lead to different commitments” (Octogesima Adveniens, 1971).

This means that with regard political, economic and cultural issues, all of which have underlying moral implications, despite having assiduously studied and intently prayed over the matter, we can arrive at conflicting positions—with each claiming to be faithful to the Church’s teachings, each professing love for and commitment to Jesus.

The encounter with the Risen Lord is an experience of divine mercy.  Fearful of the Jewish religious leaders and the Roman authorities, burdened by the guilt of having betrayed their rabbi and dearest friend, the  disciples hide in the upper room where they celebrated their last supper with Jesus.   All of a sudden, the Risen Lord appears, declaring “Peace be with you.”  The Lord, whose last memory of his disciples, save the beloved, was of their desertion upon his arrest, offer peace.  The Lord does not reprimand them or demand an accounting; instead he offers once again his friendship and upon breathing his Spirit on them commissions them to forgive sins in his name.